The Zugspitze, at 2,962 m (9,718 ft) above sea level, is the highest peak of the Wetterstein Mountains as well as the highest mountain in Germany. It lies south of the town of Garmisch-Partenkirchen, and the Austria–Germany border runs over its western summit. South of the mountain is the Zugspitzplatt, a high karst plateau with numerous caves. On the flanks of the Zugspitze are three glaciers, including the two largest in Germany: the Northern Schneeferner with an area of 30.7 hectares and the Höllentalferner with an area of 24.7 hectares. The third is the Southern Schneeferner which covers 8.4 hectares. 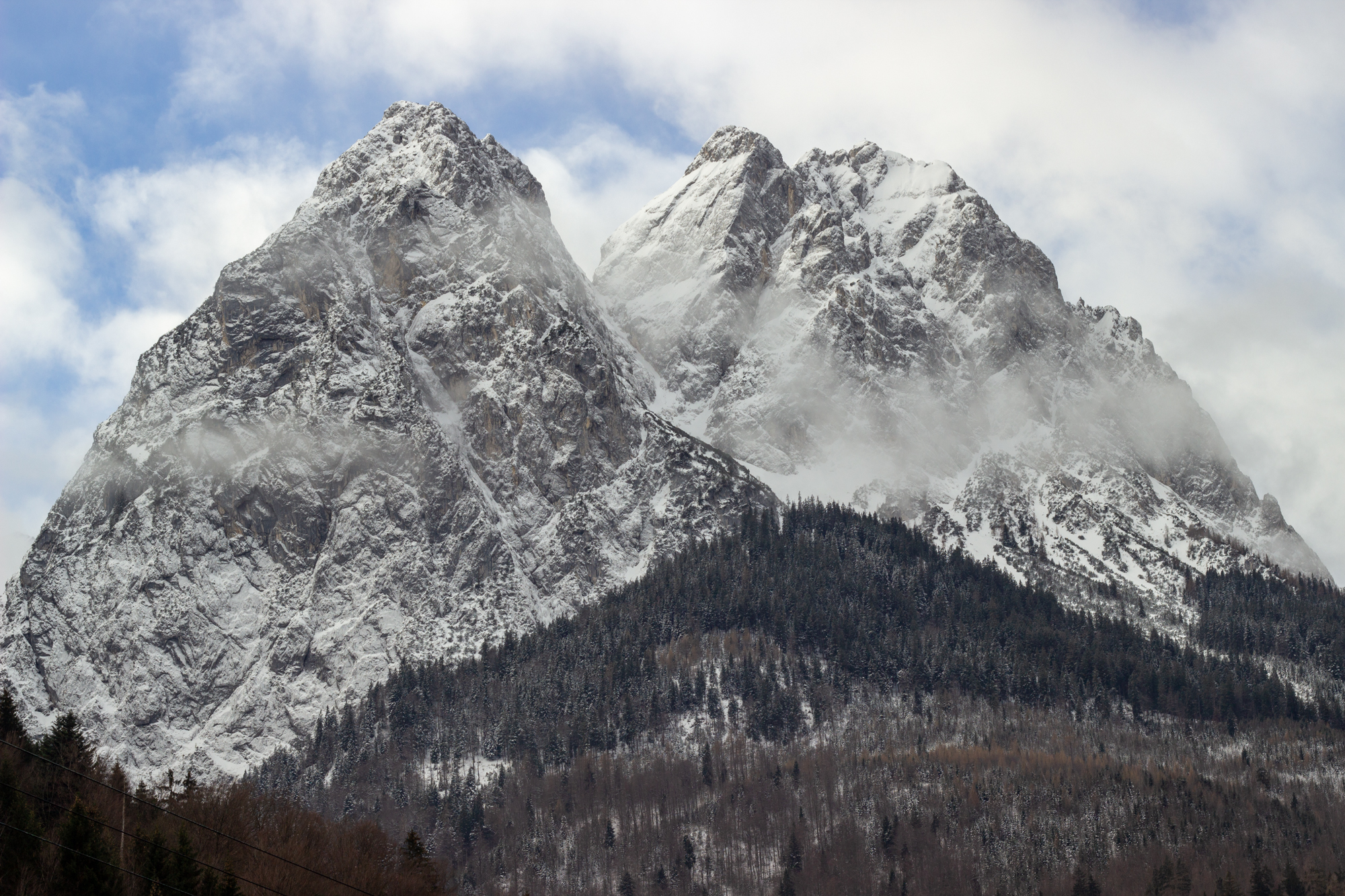 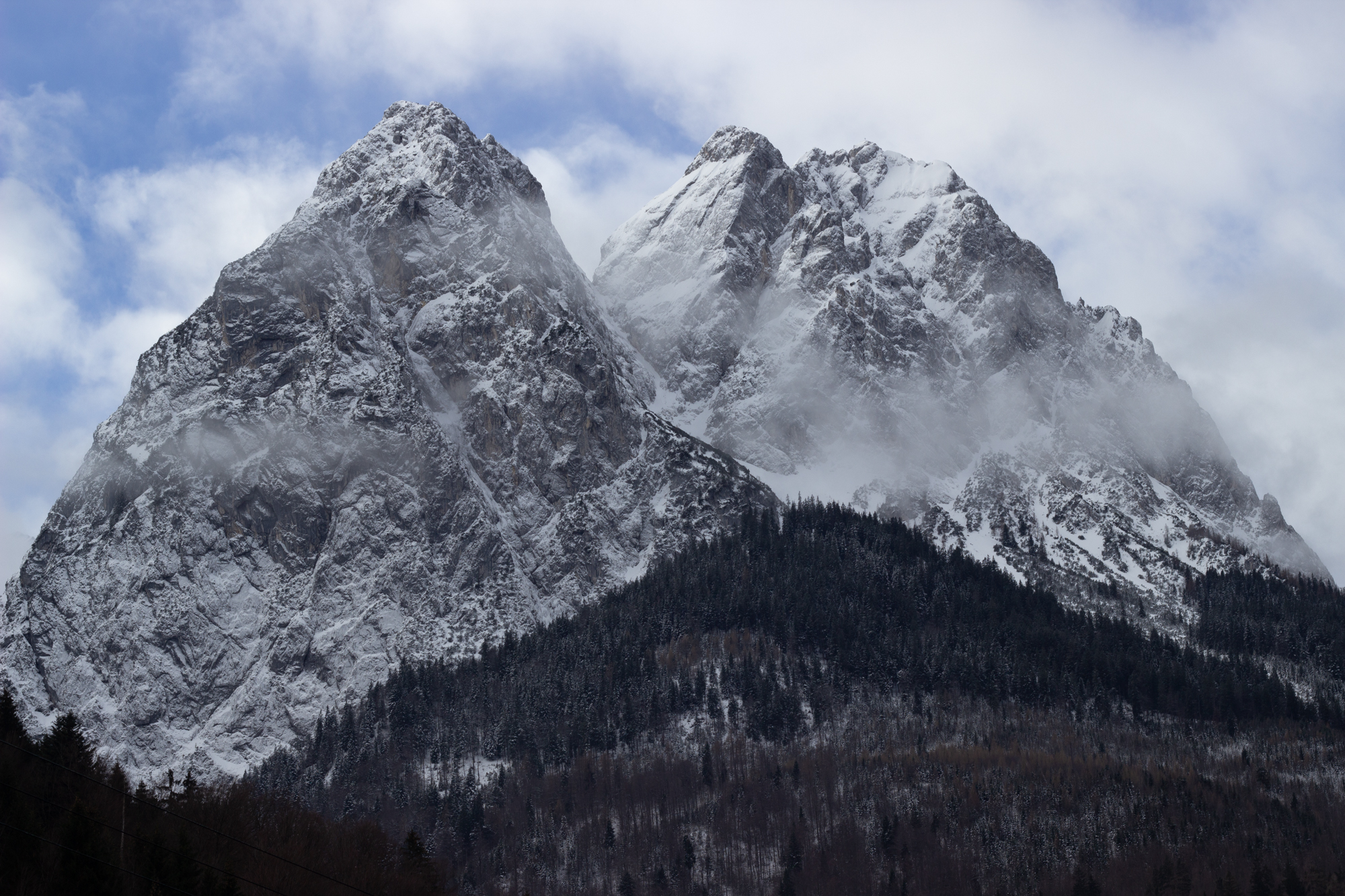